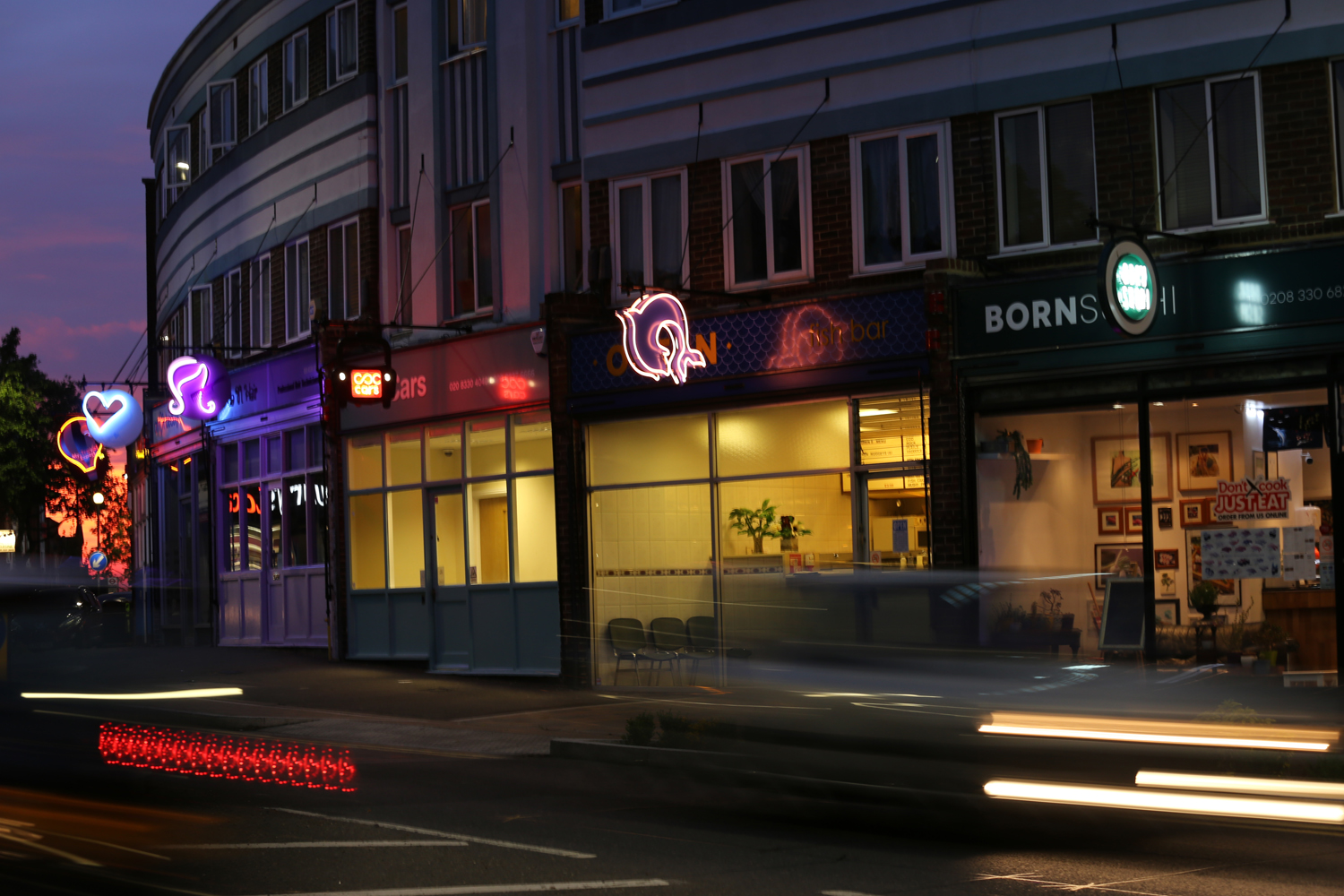 Worcester Park and North Cheam are two town centres in south London. These high streets had lost much of their retail trade to big box retailers and internet shopping, and generally struggled to transition to a more diverse and sustainable business model. The handsome Art Deco terraces which line their pavements are evidence of more prosperous times during the last century.

In North Cheam, the distinct mock Tudor terraces with their large forecourts are a defining part of the identity of the place. We removed car parking which blocked out the view of shop frontages, built rain gardens, installed new illuminated signs, re-painted the buildings and designed wheeled display furniture to draw retail activity out onto the forecourts.