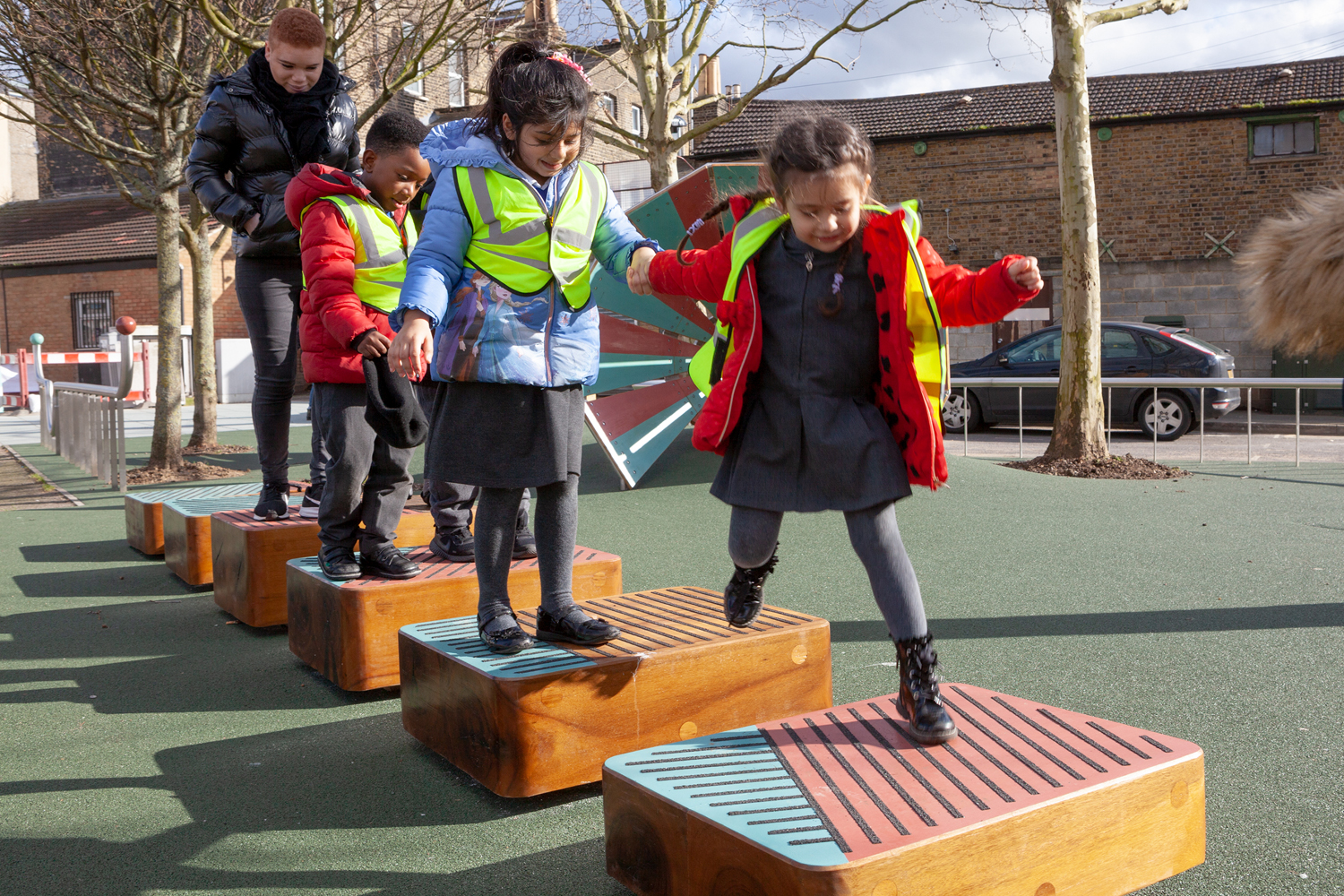 On a forgotten corner just off the High Road in Leytonstone, a new urban playscape aims to kindle the imagination.

Leytonstone High Road stretches from Maryland in the South to the Green Man roundabout in the North. Its length is its greatest challenge. With relatively low residential densities in its hinterland and competition from big box retailers at either end, the level of demand needed to sustain a string of small shops 2.1 miles long is simply not there.

Our urban playscape forms part of wider placemaking efforts in Leytonstone intended to bringing distinctiveness to the high street by introducing new uses and new people to forgotten spaces. Where most urban playgrounds have fences or railings to segregate themselves from their surroundings, our project integrates with its wider urban context, its edges dissolving into the pavements of the adjacent streets. Victoria Road Playscape inaugurates play as a mode to experience the city, a place for imagination and amusement en route home from school or on the way to the shops.

Three apparatuses and a small hillock are enveloped by a curvilinear metal bar. The elements are void of any particular function and do not prescribe a use, instead inviting the creativity of the user who may chose to climb, slide, jump, balance or roll. A distinct colour palette was developed to complement the tones of the exposed wood. The same colour palette was used to apply spiralling candy stripes to two adjacent mobile phone masts, turning them into playful, but unlikely landmarks. The same colour strategy has now been adopted by Waltham Forest Council for any planning applications for new mobile phone masts in Leytonstone. As we inaugurated the new playscape, children from a nearby primary school helped us to plant bulbs.