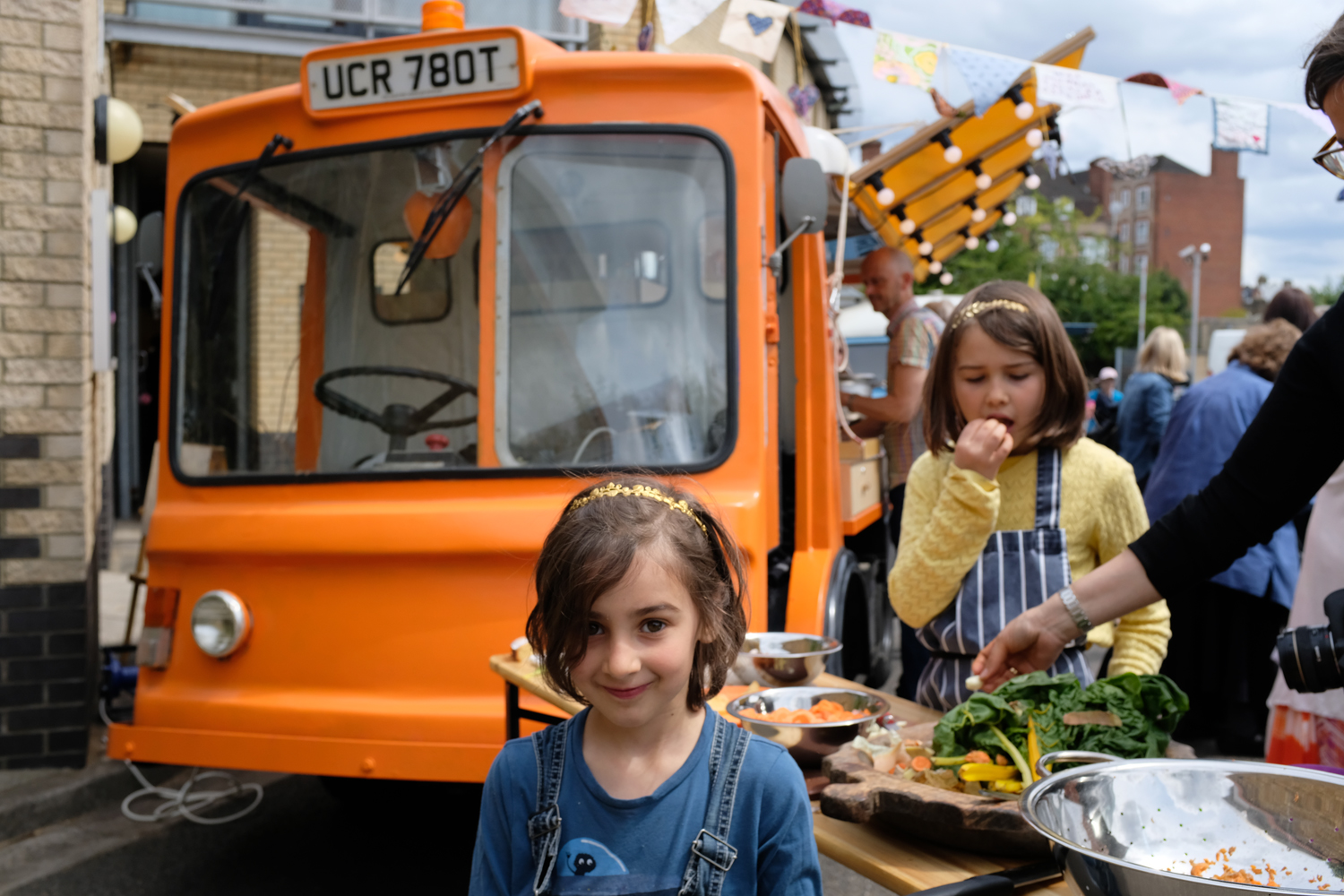 The Milk Float was conceived with Global Generation and young people from Somers Town. The left side of the vehicle is equipped with a kitchen featuring a gas stove, lighting, storage and running water. The right side is equipped with hand tools for gardening. The rear has a micro gallery displaying projects and artefacts made during community workshops.

The electric float is being deployed in the ‘Knowledge Quarter’ across Somers Town, West Euston and Kings Cross. It unfolds on arrival, embraces its location and calls for attention with its brightly coloured canopies and electric lights. Global Generation run community programmes out of the float including ‘Lunch and Learning,’ ‘Twilight Gardening’ and various making programmes. Working in schools and housing estates and with community groups, the float can service allotments, gardens and neighbourhood parks and support the planting of tree saplings pre-grown in a local community nursery.

At the end of each day, the tools go back in to the float, the canopy is folded up and the float moves on to its next destination leaving behind the legacy of a communal meal, a joint building effort or seeds for a new season. The activities inaugurated around the float eventually take root. Adopted by neighbours, citizens, residents, workers, constituents and playgroups they develop a permanent presence, becoming centrepieces of truly public spaces.