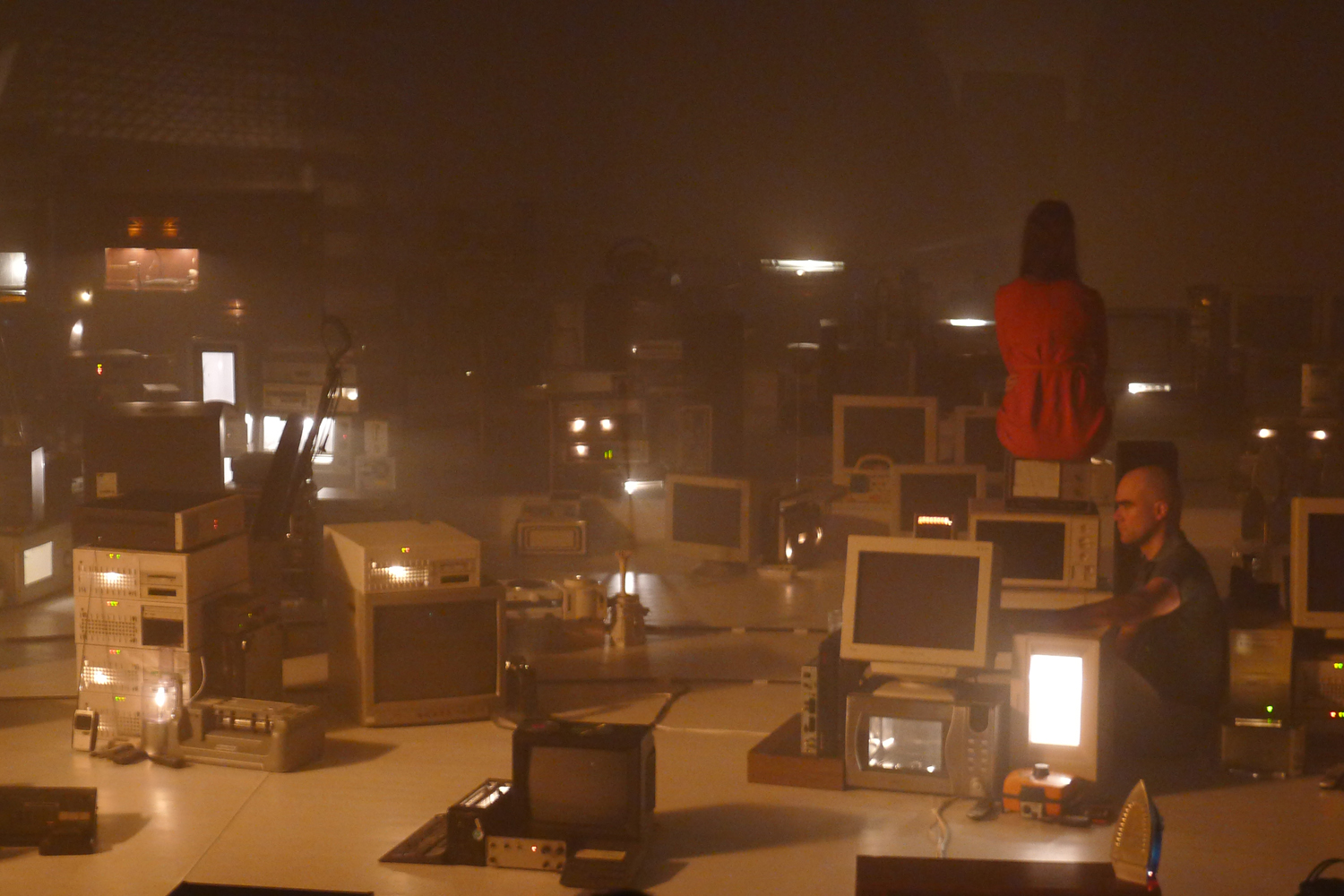 Our set design framed a journey through modern day Germany in search of a place to call home.

Jesus ich moechte viel Glueck beim Angeln is the second part of director Anna Malunat’s stageplay triology exploring the changing notion of human habitat during the past century. With the previous episode ‘Halt Dich am Zaun der Himmel ist hoch’ and the sequel ‘Postcards from the Future’ exploring the effects of displacement during WW2 and the consequences of an anthropocene future respectively, ‘Jesus ich moechte viel Glueck beim Angeln’ interrogates the fading notion of home at the time of digital social networks.

Using a road-trip as a frame to the narrative, the ensemble re-stages dialogue recorded in real places on a journey through modern day Germany. The title of the play itself is a quotation collected from a prayer book found in a roadside chapel en route. Situations experienced in railway underpasses, petrol stations, prayer rooms on playgrounds and real-estate exhibitions illustrate the melancholic search for a place of stability, warmth and permanence that is nowhere to be found.

The set displays the detritus of recent decades. A landscape of obsolete technologies extends to the horizon, illuminated by the shimmering light of hundreds of picture tubes and animated by the monotonous humming of out-dated household appliances. Amidst this landscape somewhere lies a path into an uncertain future.

The realisation of the design involved a citywide community engagement program which led to Duesseldorf citizens donating thousands of defunct domestic appliances. The stageplay was also shown at the Sophiensaele in Berlin.