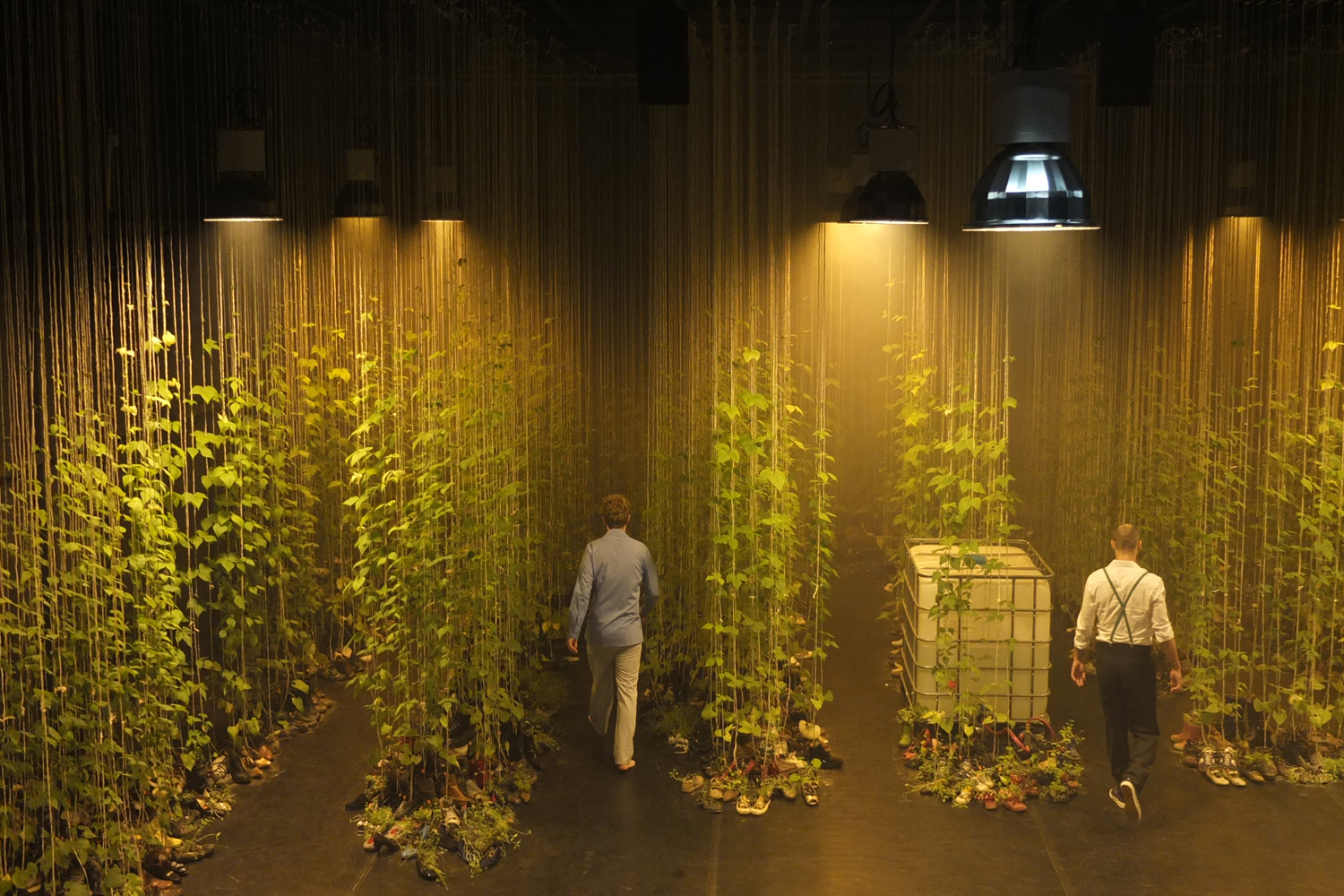 Postcards from the Future

A growing stage set brought to life a post-apocalyptic play based on Swetlana Alexijewitsch's novel Chernobyl Prayer: A Chronicle of the Future

Postcards from the future is the 3rd part of director Anna Malunat’s stageplay triology exploring the changing notion of human habitat during the past century. With the previous two episodes ‘Halt Dich am Zaun der Himmel ist hoch’ and ‘Jesus ich moechte viel Glueck beim Angeln‘ exploring the consequences of displacement during WW2 and the digitization of social networks experienced by millennials respectively, this final episode speculates on the ultimate consequences of an anthropocene future.

Based loosely on Swetlana Alexijewitche’s award-winning novel Tchernobyl – A Chronicle of the Future, the play imagines the relationship between the three last survivors on Earth following a nuclear apocalypse. Visitors to the exclusion zone around the Tchernobyl reactor can verify that nature does not need humanity to thrive. The dramatic parody is set in a place where nature has yet again gained the upper hand. To create the set, 7000 bean plants were raised in the theatre courtyard and transplanted into old shoes donated by the Duesseldorf community. The set made the essential elements of the life support apparatus for the plants such as a grid of yellow sodium lights and an automated irrigation and feeding system manifest as major spatial moves determining the predisposition of the characters on stage. The deception was in full sight, yet it was so effective that journalists reviewing the premiere mistook the living bean plants for plastic imitations.